Our countrys biosecurity is always under threat by exotic pests. Northern Australia agriculture and water resources department requested NHP to make an enlarged scale model of one such potential invasive pest.

The Harris Mud Crab is tiny around 15 mm or as big as your thumbnail. If populations establish, its mud nests and burrows can damage important marine infrastructure, aquaculture and potentialy harm native marine life.

To assist in training and identification, enlarged models of the crab are being used by ranger groups across Northern Australia.

NHP was sent some dried crab specimens and using the help of a small 3D dental image camera designed for teeth, produced a 3D image file. This was then printed at an enlarged size of 20 times. Due to the very small size of the crab and the limitations of 3D imaging and printing the 3D print produced just a basic overall shape keeping all the proportions correct. The crab had grown to about 30 cm wide.

A mould and subsequent wax cast was then produced. Using a magnified view and much reference material, the crabs anatomical detail was carved and modelleded in. From this detailed wax model a silicone mould was made in sections and from this a series of plastic models were cast then finished and painted to replicate the crabs natural colouring.

The client was very happy with the model and donated this to the Cairns Aquarium for an exotic pest display. Now NHP is producing more for the ranger training program. 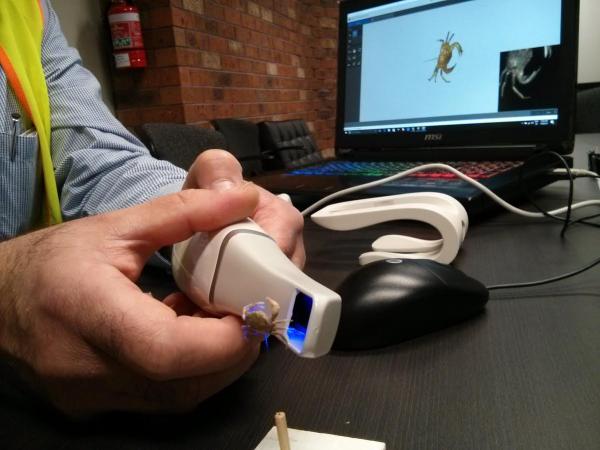 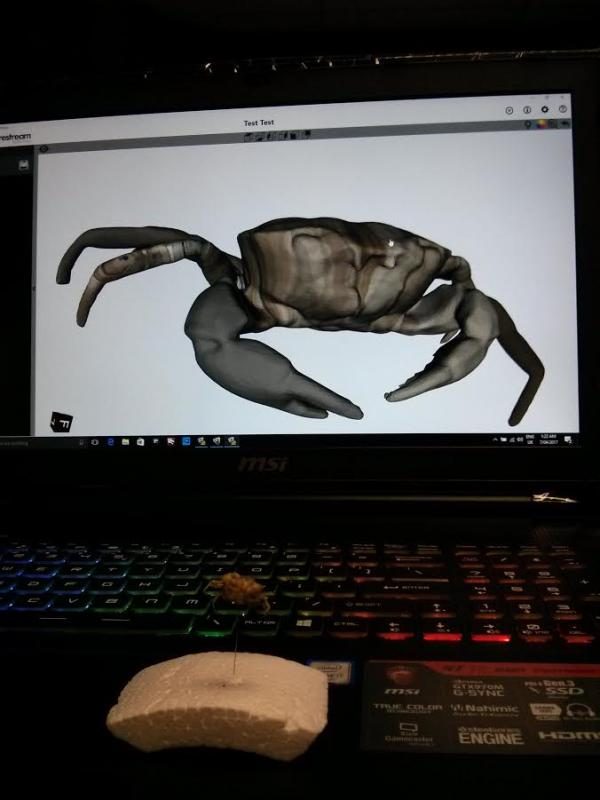 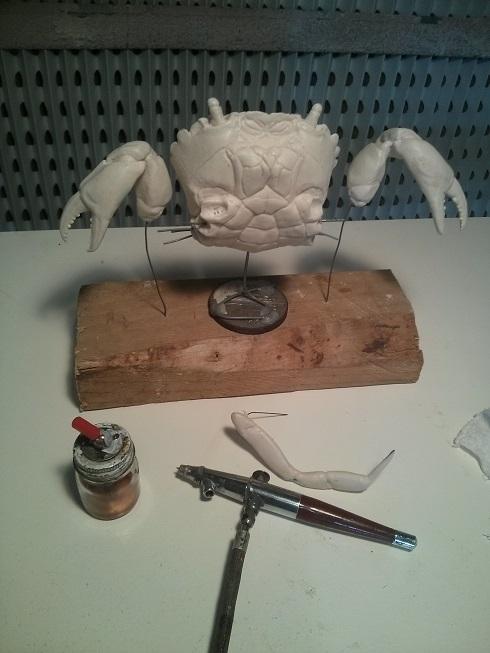 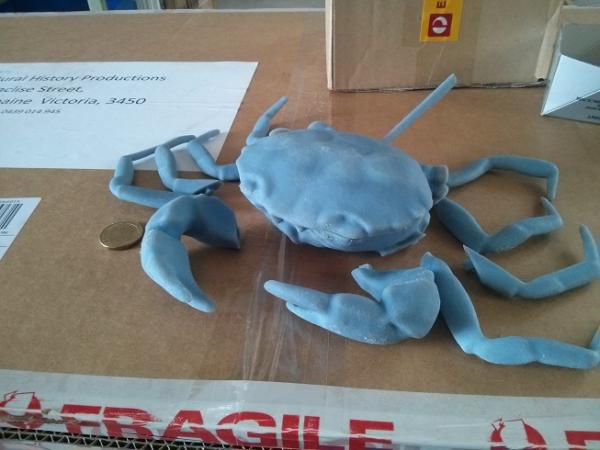 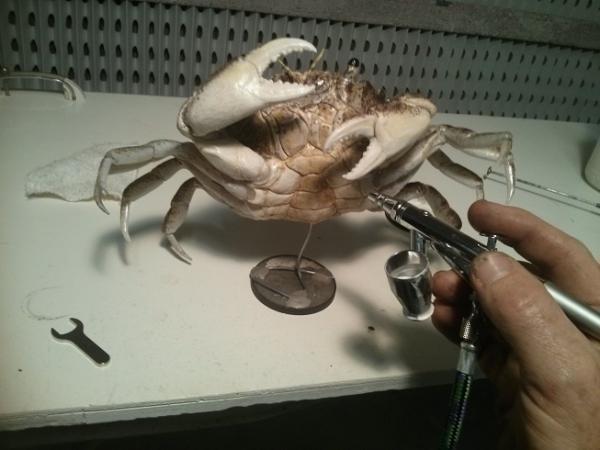 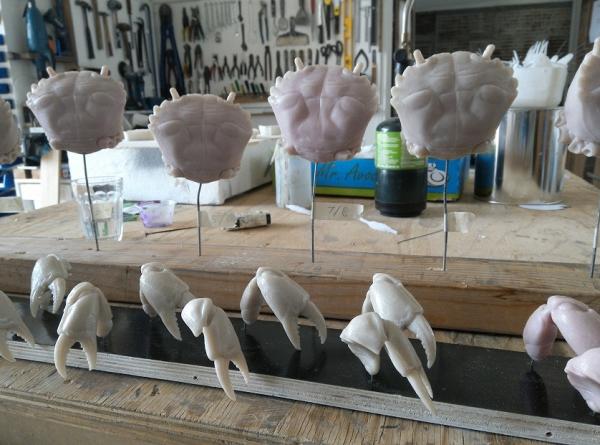 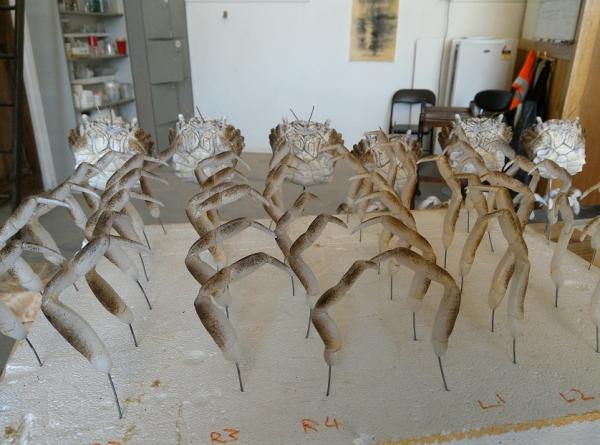 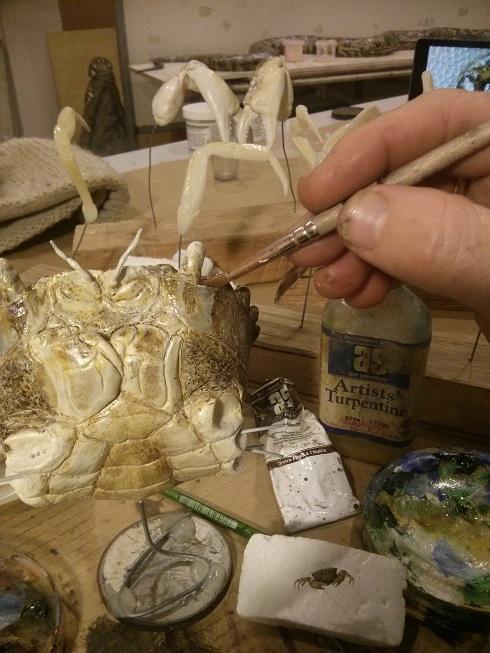 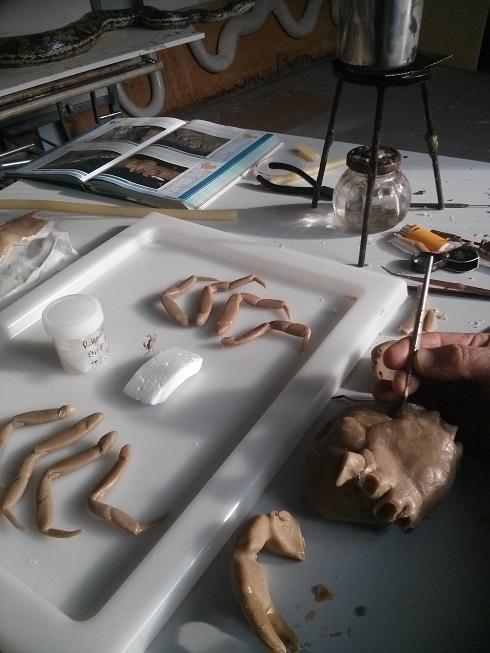 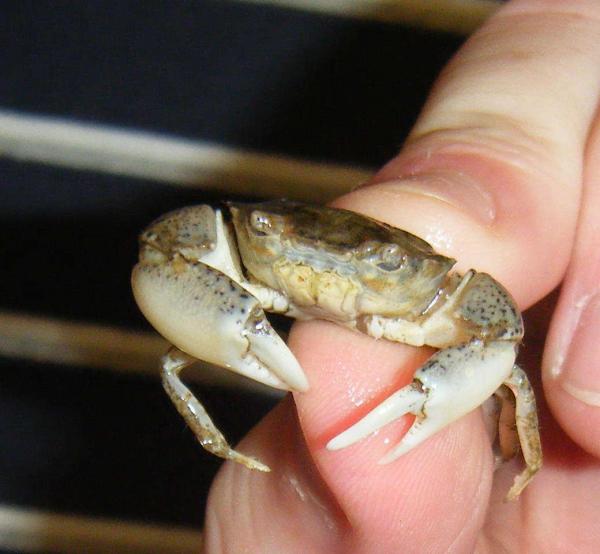