The Pier pylon originally supported the historic Portsea Pier in Port Philip Bay. It was removed during restoration work
on the Pier and transplanted into the award winning landscaped entrance to the new Wild Seas Exhibit at the Melbourne Zoo.

Natural History Productions was commisioned by the exhibition Designer David Lancashire Design to install an artificial marine habitat display onto the large pier pylon. The exhibit was to display some of the typical marine life one would find on a pier pylon in port phillip bay.

Ewin was accompanied on a research field trip by experienced diver and bioligist Damien Hoban to collect and reference common marine specimens.  He also utilised some of the Melbourne Museums echinoderm (sea star) collection to take accurate moulds with the assistance of a Marine Invertebrates collection manager ChrisRowley

Moulds were made at St Kilda jetty from a tubeworm and mussell colony exposed at low tide, All tools and working area were contained & supported by a makeshift floating bench. Multiple wax cast sheet sections were made from the first mould then pieced together over a foam structure. Real Mussells were embedded into this sculpture and a silicone/plaster mould was made. Three casts were made from this mould using a fibreglass reinforced polyester gelcoat and a urethane foam core.Marine specimens were moulded in silicone and cast in solid polyester resin and urethane and painted in enamels.

The three sections were fitted around the pier pylon onto steel rods and fixed using urethane expanding foam.They were then attached on site to the timber pier pylon with threaded galvanized rods and sikaflex adhesive. Ewin was assisted in this by his sister Marissa Wood an interior designer and experienced display installer.

The tubeworm colony and mussel clusters were painted with uv stable acrylics and finished with anti graffiti clear coat. 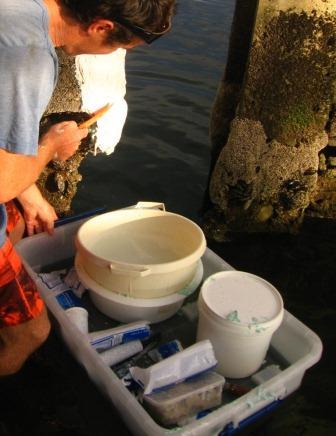 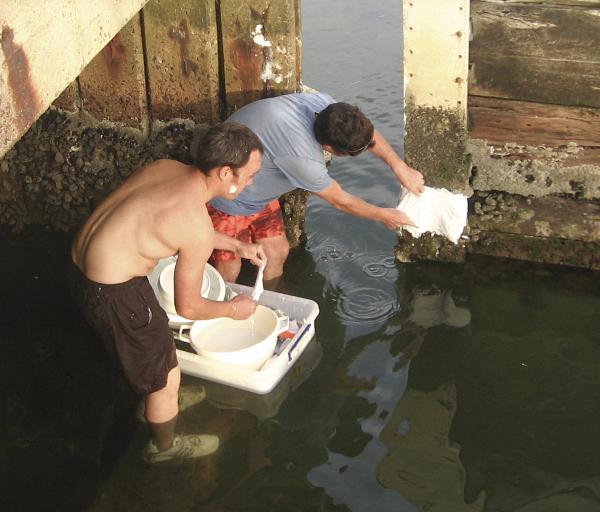 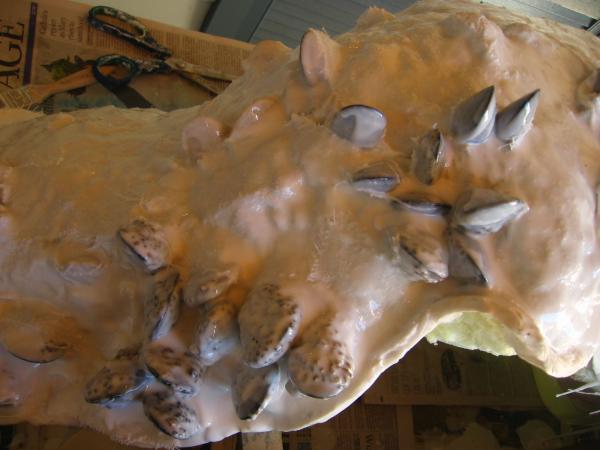 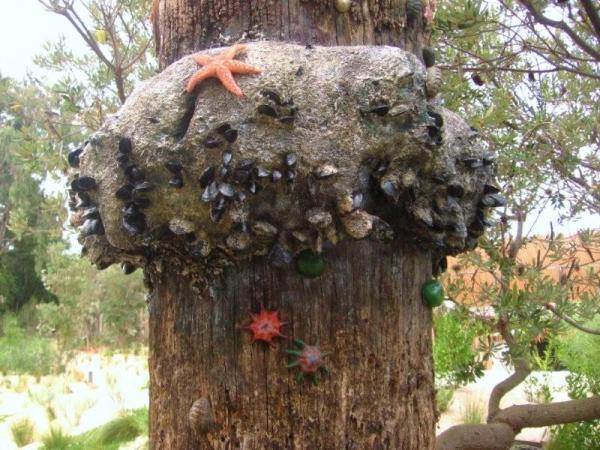 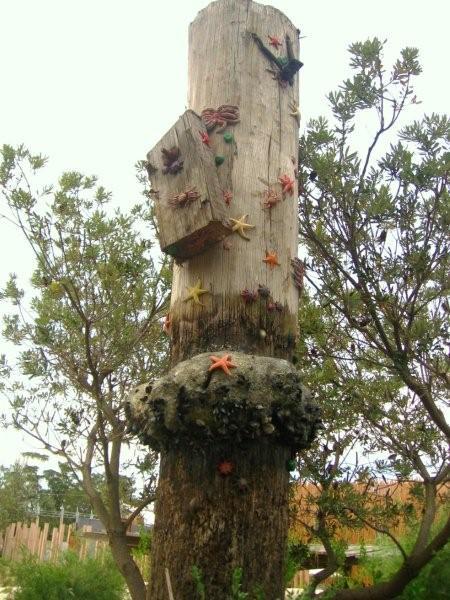 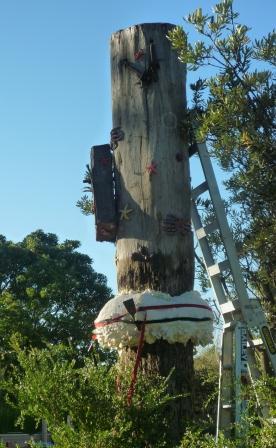 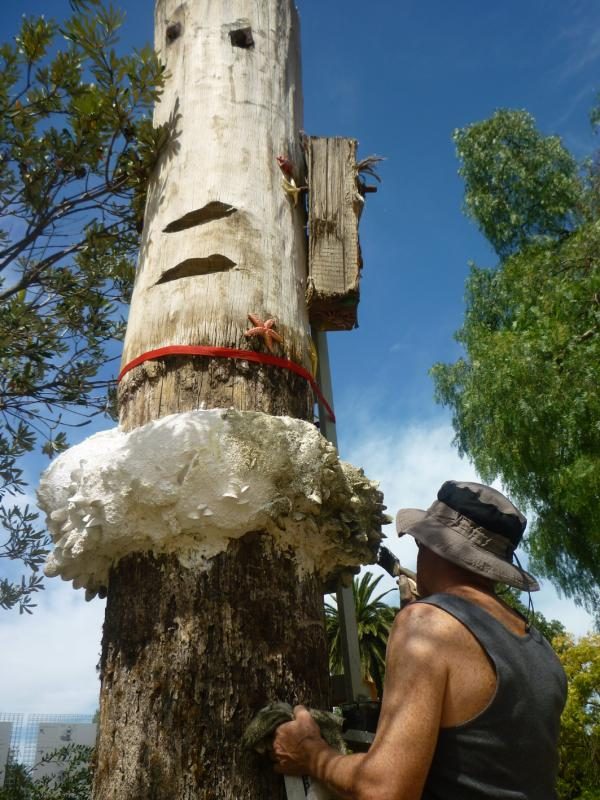 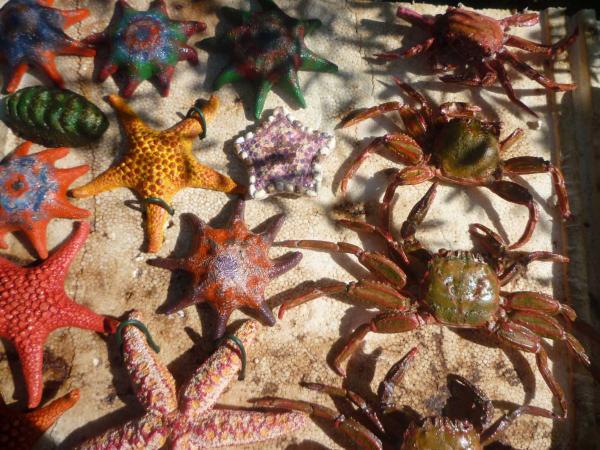 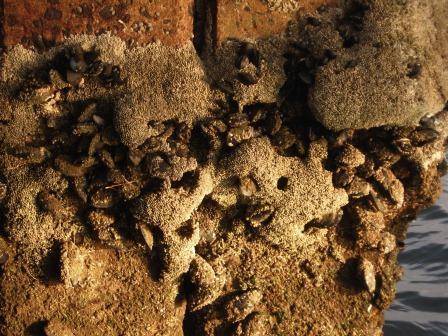