Kakadu National Park is a World Heritage area and an iconic tourist destination for people from Australia, around the world.
Kakadus’ Award winning Bowali Visitor Centre and Warradjan Cultural Centre opened in 1994. They are visited by on average 300,000 people every year. Both have extensive interpretive displays and exhibits which provide visitors with a rich and unique insight into Kakadu and its indigenous culture.

This is a region of extreme climatic conditions, high temperatures, humidity even cyclones.  Open public exhibitions like those at Bowali and the Cultural exhibits in Warradjan are prone to deterioration and damage. With other factors remote location and lack of specialist contactors, inevitabily things will wear out.

In 2007 Ewin Wood of Natural History Productions walked through the exhibition areas and undertook a thourough assesment of the maintenace issues facing the interpretive displays at both the Bowali & Warradjan centres in Kakadu National Park.

He produced a report for the National Park managment. This documented and prioritised the maintenance issues and was designed as a working document that could be used to keep track of the maintenance and new works.  It identified over 54 items that would need attention, some of these posed a public safety risk and were a high priority other items were more cosmetic.

Over the next 5 years Natural History Productions undertook most of the maintenance works bringing in specialist tradespeople where needed. During this time all but a few of the 54 maintenance issues were rectified. Also many more important repairs and major upgrades were undertaken.

In 2010 Bowali Visitor Centre recieved another major facelift. The centres information and directory signage was upgraded. Natural History Productions was there again to assist in  production and installation.

In 2011 NHP was contracted to upgrade the ‘Fish Pond’ now known as the ‘Bowali Billabong’. This large water feature is a centrepiece in the Bowali visitor centre and had seriously detriorated over the years.

NHP managed the project and over a period of six months with specialist help from Russell of Jack Pick Constructions, NHP completed the refurbishment including pond repair/re-seal, plumbing and the addition of naturaly sculptured sandstone rock and water features. NHP produced and installed some high detail aquatic plant and reptile replicas including Pandanus and Lotus Lilys. These adding colour and depth to the Billabong display. Etched glass transfers were designed by a local company Boab Design and applied to 6 large windows to form a beautiful backdrop .  With the assistance of Park Rangers and staff we collected local native aquatic plants and establised them into the Billabong. We then collected and introduced many local species of Fish.

Through all the hard work and Russells muscle, we literally brought the Bowali Billabong back to life!

NHP also undertook some long overdue repair on some of the visitor centres major features. This included the World Heritage site globe and the etched glass underwater panels.

The images show some of the work by Natural History Productions. 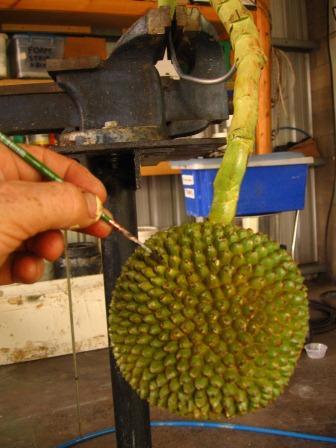 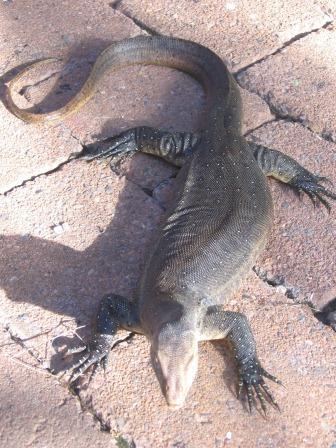 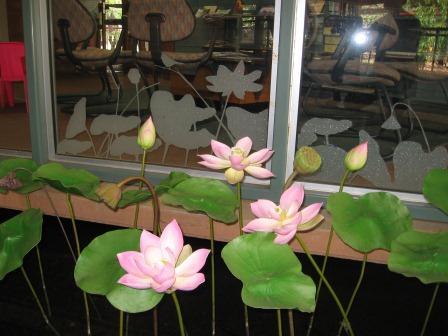 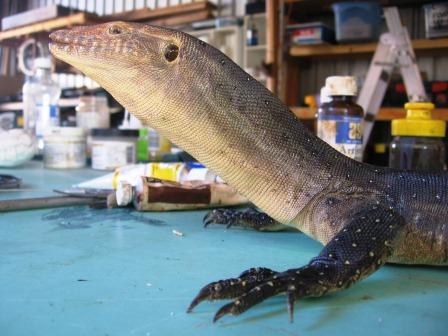 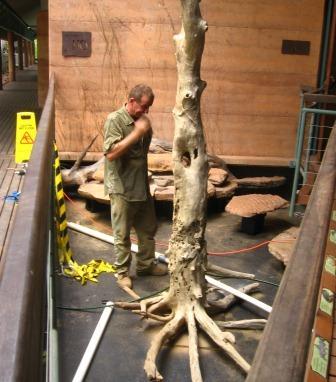 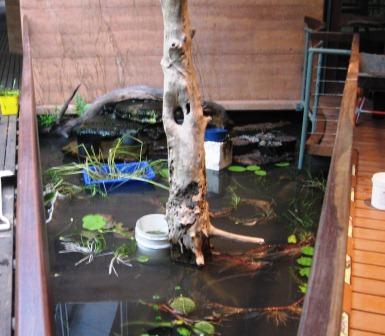 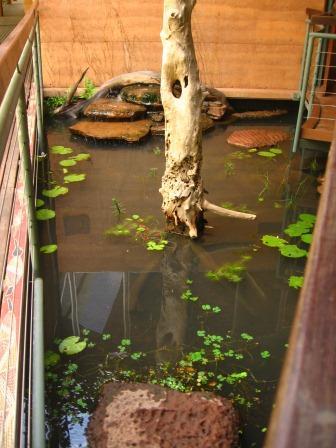 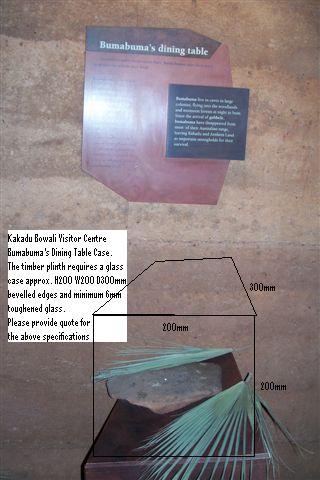 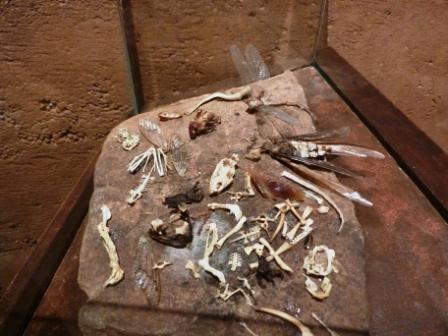 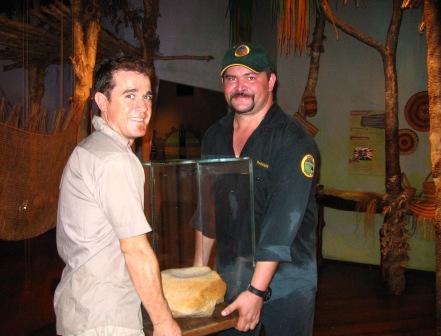 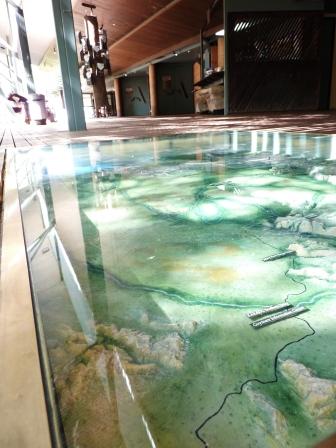 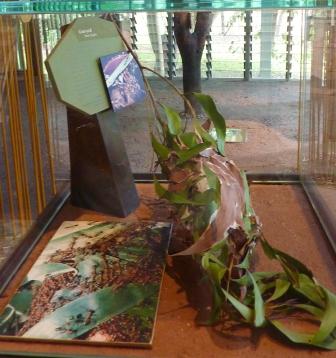 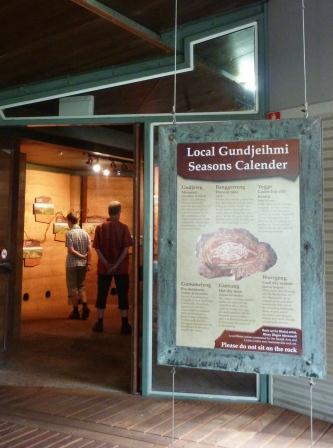 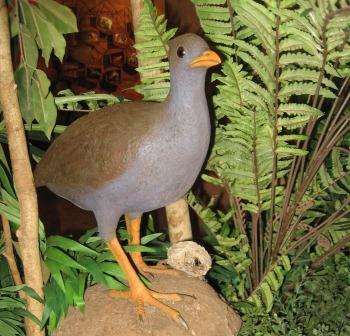 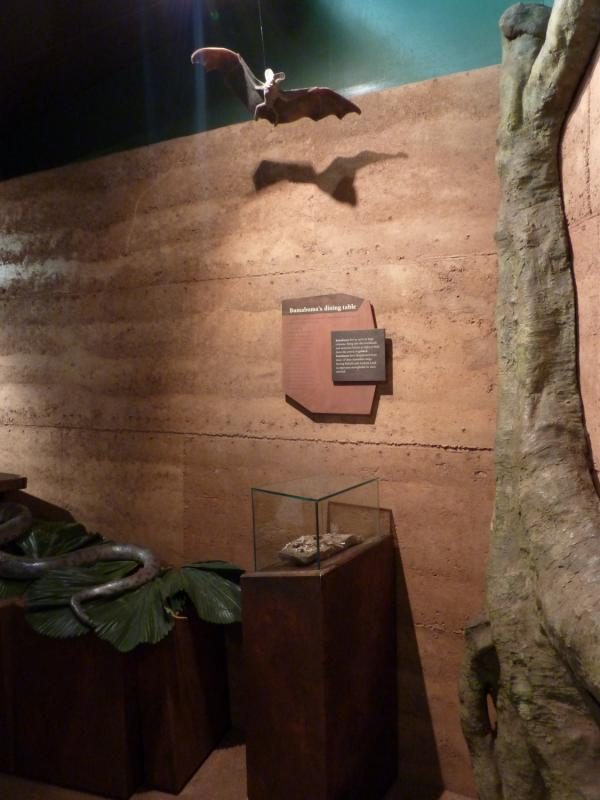 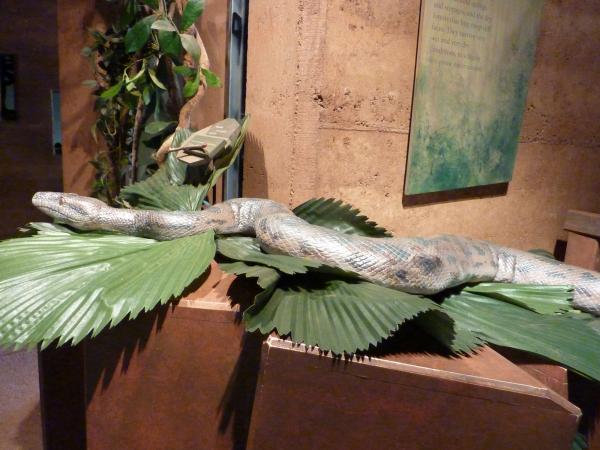 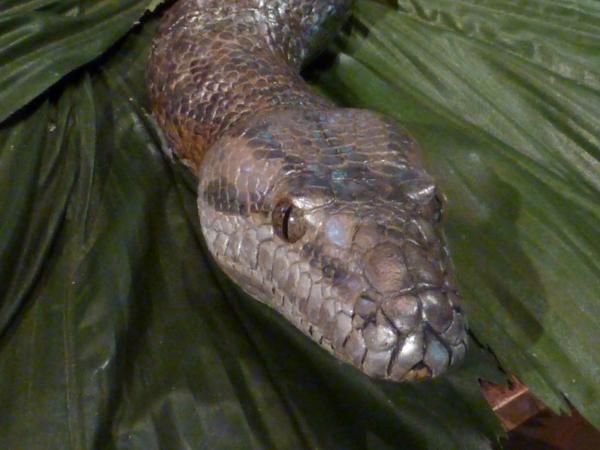 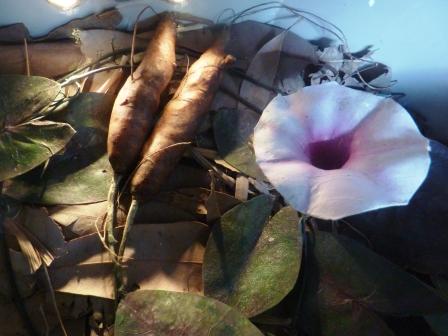