Full grown males may reach 5m in length, with unconfirmed reports of 7m animals This species was once numerous in the great Orinoco River system in Columbia and Venezuela. It was hunted to near extinction for it’s valuable skin and it’s percieved threat to people and livestock and now is one of the most endangered crocodiles in the world.

I chose this species to demonstrate my ability to make scientific models for the World of Crocodiles Exhibition at Crocosaurus Cove.

The Orinoco Crocodile is a close relative of the Saltwater Crocodile. The general morphology is similar with some differences in the arrangement of scales  particularly in the large raised dorsal scutes on the neck. The main difference lies in the shape and length of the head and snout also in the arrangment and number of teeth. Other distinctions in the orinoco crocodile is its overall colouration but as with most crocodiles the body colour can vary greatly and will more often match its habitat.

The images on the right describe the process of creating the demo model. The final length of the model is 800mm approx.1:7 scale. 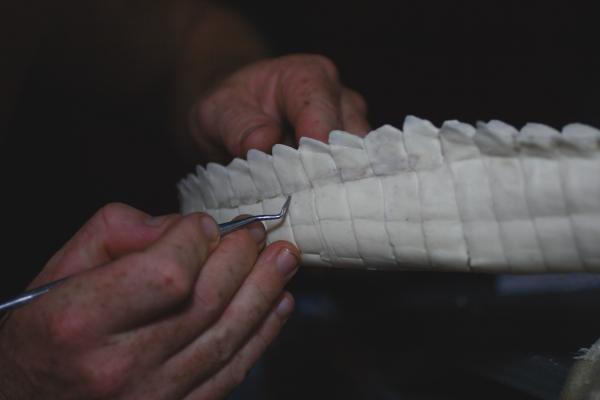 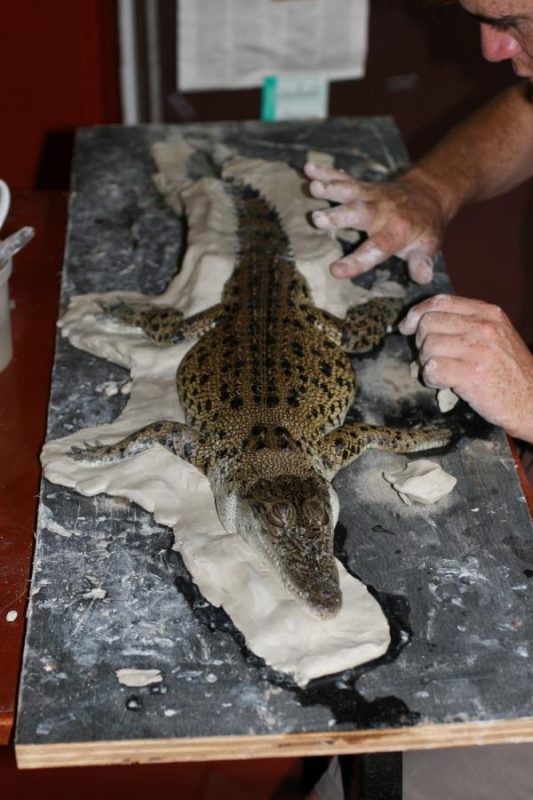 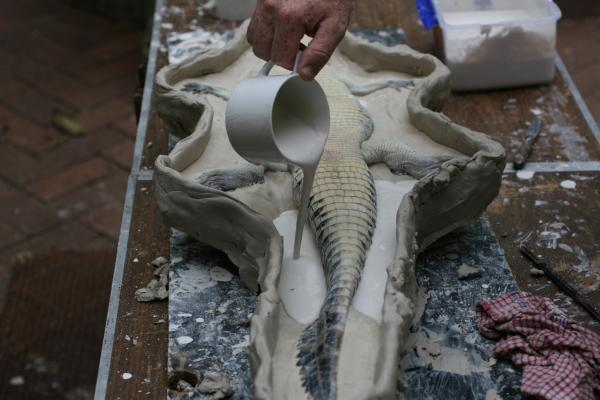 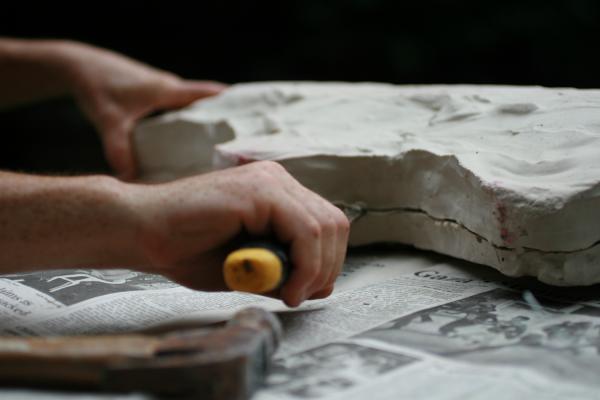 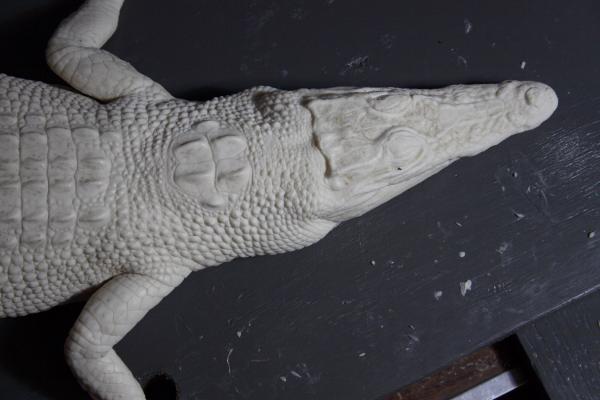 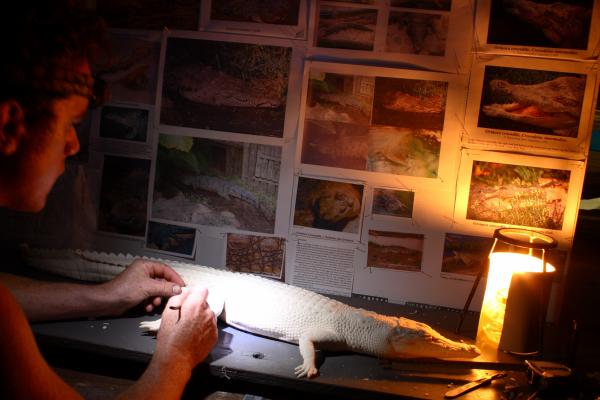 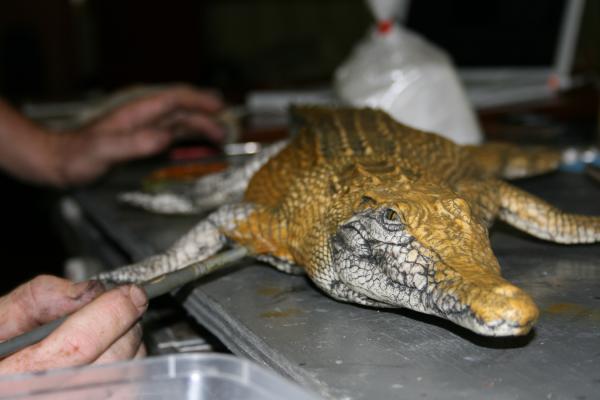 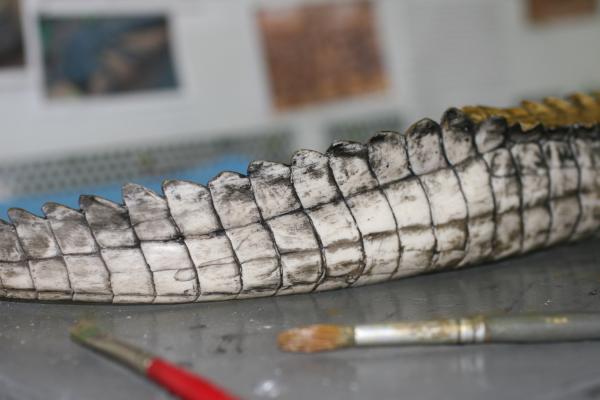 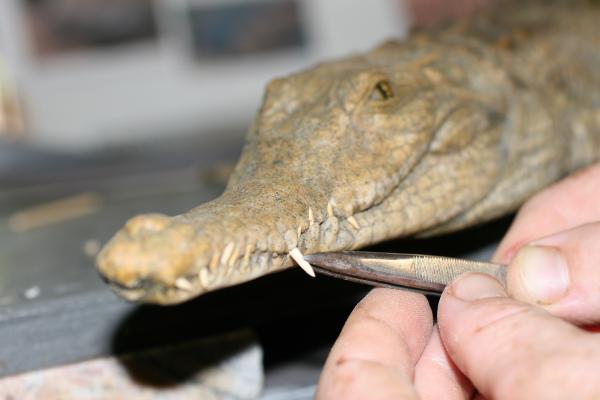 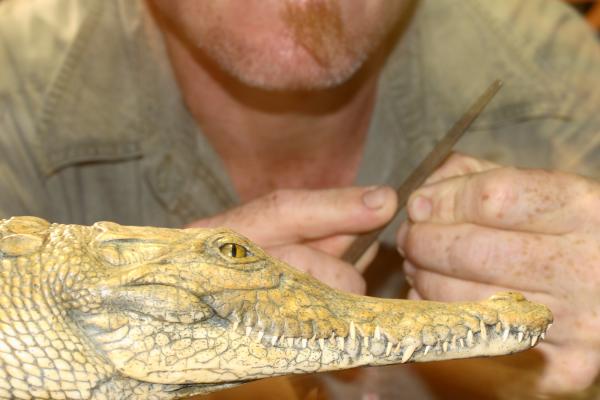 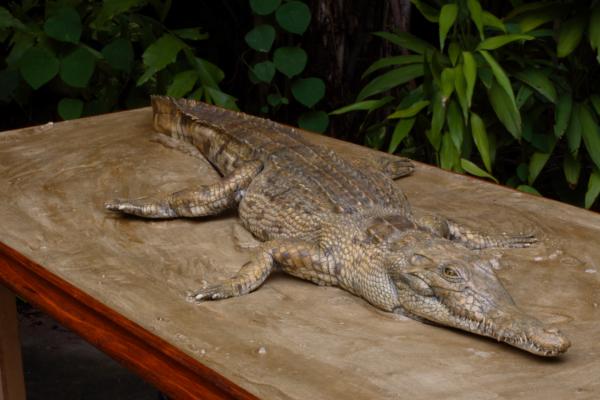