Over 20 years ago the Museum of Victoria opened an Exhibition all about the Antarctic . Back then the Museum was located at the top of Swanston st in Melbourne City. The Preparators depatment produced an Emperor Penguin parade for the lawns which lead up to the Museums entrance. Ewin Wood was part of the production team.

The original penguins were sculpted out of kleen klay using a variety of customised modelling tools to produce the tight adult feathers and downy effect on the chick.

A super reinforced latex rubber and fibreglass jacket mould was made of these models. The penguins were to be cast in solid concrete so the mould of the large adult would need to withstand enormous rigours and pressure it was designed to produce at least 20 casts.

The concrete was hand mixed and carefully poured into the mould and vibrated to pick up the detail and release any trapped air. Steel re-inforcing rods and floor plate brackets were inserted while the concrete was still liquid.

Each concrete cast had a solid black resin beak attached and all air pockets or faults on the casts were patched and filled ready for painting.

The concrete penguins were positioned, re-inforced and embeded into a hard set mock earth along the pavement leading up to the Museum. Some penguins were set into the lawn with several long steel pegs. Click on the images to see more>> 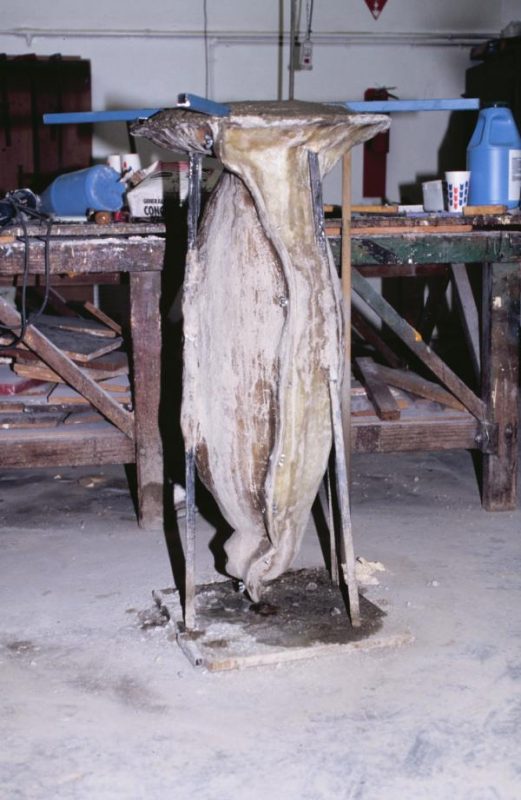 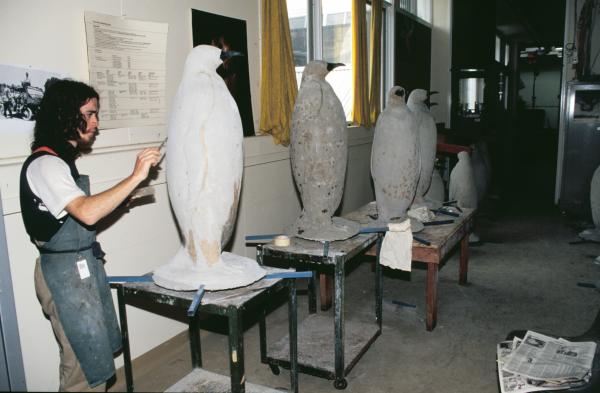 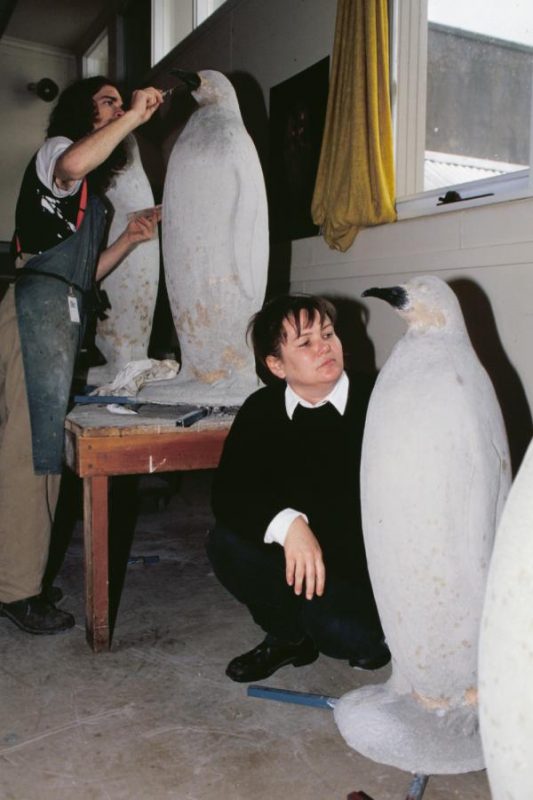 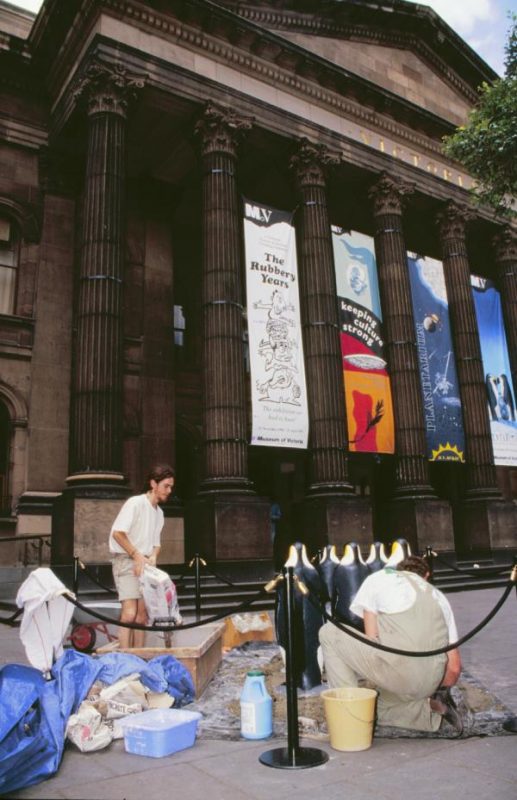 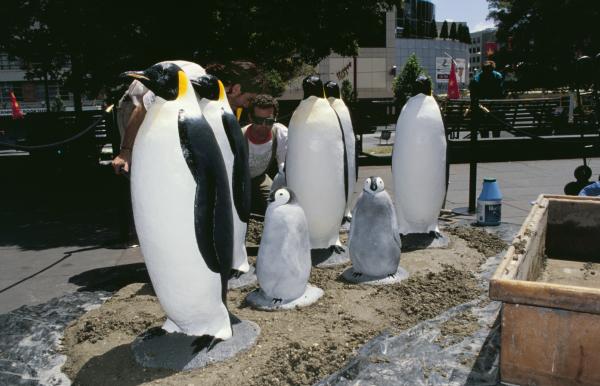 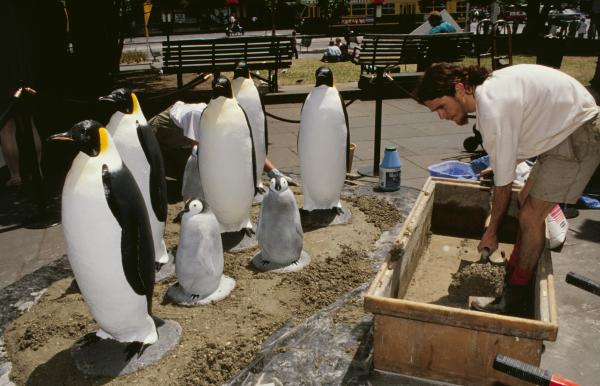